Arke is a tool for Instagram. It’s a hashtag keyboard that helps speed up the time content creators spend typing out their hashtags. Keeping their hashtags organized and able to quickly import new lists.

To design the logo I went through the ideas of the sharp lines of the letter A. A messenger generally having wings in Greek Mythology. It had to be something that could be seen on a small app icon. 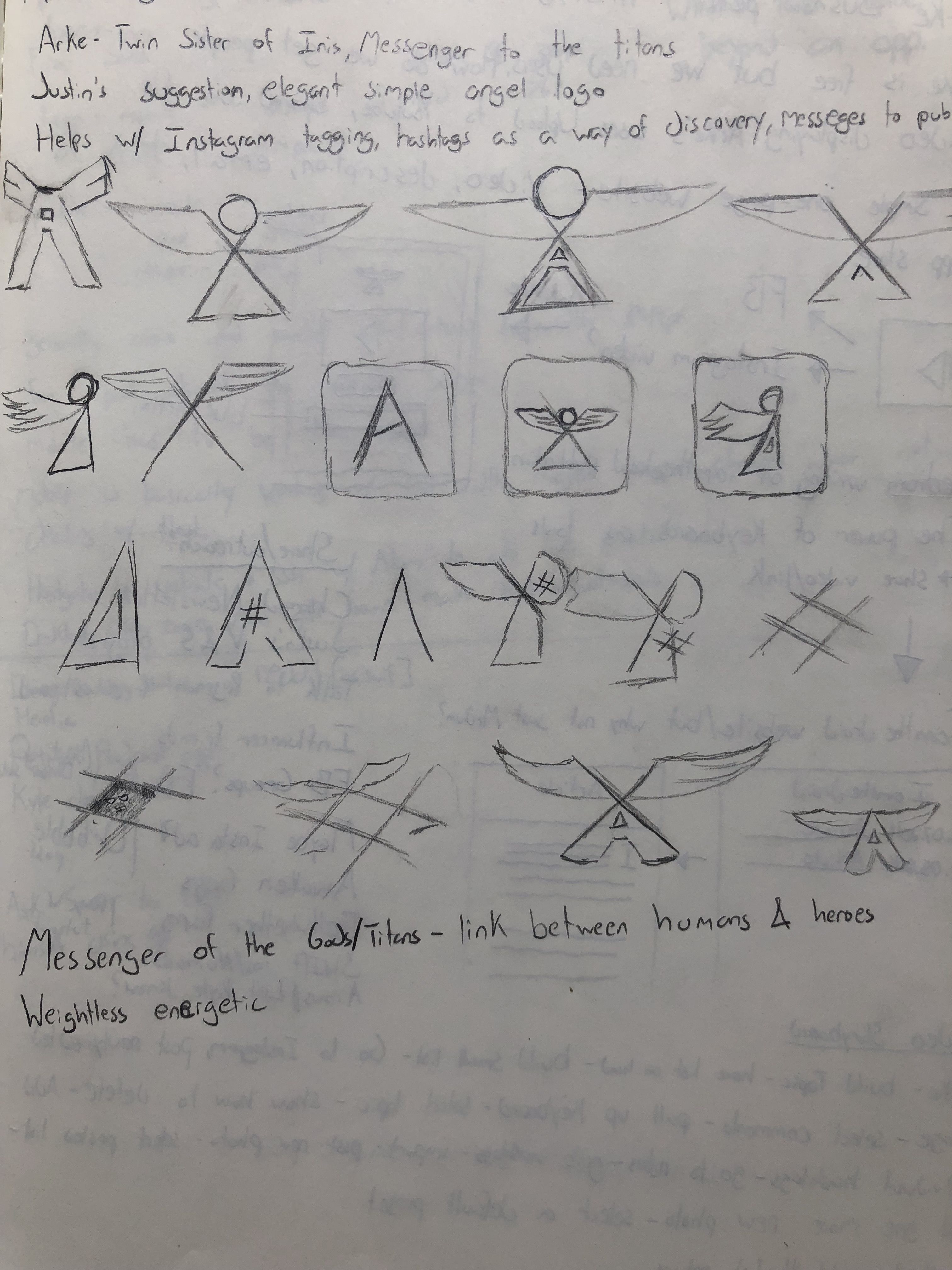 The hashtags felt too on the nose. The Sharp A with wings really spoke to me as something that stood firm but was elegant. Ready to take flight. Helping you spread your message to the world.